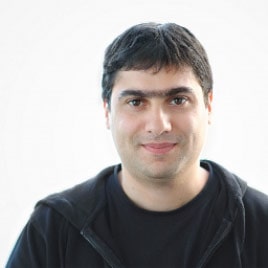 In this post I want to share with you a set of addons that I regularly use to aid me when testing an Ember application or addon which I think should be in every Ember developer toolbox.

The idea is to give you a hint of what problems they solve and how they work.

This is the list of addons we’ll go through

Let’s start with a well-known addon ember-cli-mirage mantained by Sam Selikoff. The idea of the addon is to help you mock your complex APIs easily using an integrated ORM.

I won’t cover how to use the addon, you can check the documentation here but I will show you just a snippet of what it allows you to do.

Let’s say you have a user page which list all the users of your system, you can mock the responses of your API by doing the following

4 - And lastly, instance some fake users in your test

By following these four steps Mirage will know everything it needs to know in order to respond to your API requests and take control over the XHR layer of your application. That way, any test that makes a XHR call to /api/users will respond with these fake users without making the actual HTTP request to the server.

At first glimpse it could be seen as a lot of indirection layers to mock an API request (mirage model, mirage factory, mirage configuration, etc.) but this structure works really well in medium to large size projects (ambitious projects!).

ember-sinon is a shim for adding the Sinon library to an Ember application.

Sinon provides test spies, stubs and mocks to your tests which helps you break object dependencies.

Let’s say you have a unit test for an object which has a dependency and want to stub that dependency, with ember-sinon you can do the following

You can also use spies to assert that a function was called, for example

Having these primitives make it really easy to stub, mock and spy on any dependency and makes the code easier to understand but remember that if a dependency is hard to mock, stub or spy, then it might be a sign that you need to refactor your application code.

Acceptance tests are great because with little code they allow you to test a big part of your application almost end-to-end (at least at client-side level). One problem though is that they can become unmaintainable really fast if you don’t give the tests a proper structure.

ember-cli-page-object aids you by providing a set of well known practices and conventions that help you avoid common mistakes like tying your tests to the HTML structure of your application and by avoiding the repetition of lots of code (CSS selectors and DOM manipulation helpers).

Here’s a glimpse of how you can write an acceptance test using a page object.

This addon also supports component integration tests so you can use the same abstractions that you use in your acceptance tests.

Included by default in Ember addon projects, this awesome addon by Katie Gengler (of emberobserver.com fame!) allows you to run your test suite against multiple versions of a dependency.

Let’s say that you create an addon and want to ensure that it won’t break with future releases of Ember, you can declare in ember-try’s configuration file that you would like to run the tests using Ember Canary, Beta, Release and why not, Ember LTS. The addon adds a new command to ember-cli which reads said configuration file and runs your entire test suite several times but changing the ember version in each run to cover all the different versions you specified. This way you can ensure that your addon will continue working when newer versions of Ember are released.

You can find more information about the addon here.

ember-exam is a much needed and awaited project by Trent Willis, a QUnit core developer. The addon adds a new ember-cli command which allows you to run your tests with randomization, splitting, and parallelization which reduces the time to run your complete test suite and also helps you spot flaky tests.

After you install the addon you just use the command exam

This will run your tests in four different processes, making it much faster and in random order so you can spot dependent tests.

And finally a new addition to my toolbox is this excellent addon by Federico Kauffman, Samanta de Barros and Diego Acosta which improves A LOT the default output of QUnit assertions.

The idea behind this addon is to rewrite on build time your assertions to include the expressions being asserted so you have more information when they fail.

What other addons for testing do you find invaluable?

So to sum up, with this battery of addons you can make your test suite easier to understand, easier to maintain, faster to execute and to spot errors which in the end leads to faster development pace.