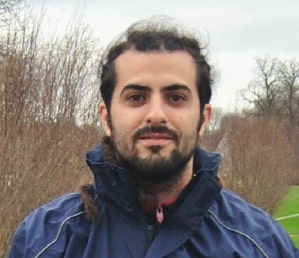 String literals immutability is one of the new features you can find in Ruby 2.3. But, what does this imply?

Currently string immutability is included as opt-in, being the first step of a multi stage rollout and if it works well it will be enabled by default on Ruby 3.0. So it still can end up being just an experiment. Time will tell.

An immutable object is an object whose state cannot be modified after it is created.

As immutable objects state cannot be changed it doesn’t make sense to copy the same object over and over. In fact, Ruby 2.3 (with frozen strings enabled) will hold a unique instance for each string literal value used in the program. This means that ‘a’ and ‘a’ references the same object.

This approach will help to avoid unnecessary data duplication and object allocation therefore the program runs faster, because it will spend less time creating objects and destroying them in garbage collection ergo garbage collection itself will take less time to complete.

Furthermore, when we’re concurrently accessing a shared literal across several threads, there is no need to synchronize it access. This could lead to simpler multi-threaded programs.

On this initial phase of Ruby’s strings immutability, we can enable this feature at a project level through a flag or on a per file basis using a pragma. Furthermore for a more detailed error stack (while debugging) another flag can be enabled.

If you’re working on an existent project and want to introduce this new feature, obviously the most appropriate method is to use the pragma approach. Just add the following comment at the beginning of each file you want to switch to immutable strings and you’re done. Well, not really. Probably you will have some errors to fix.

But, if you woke up today feeling like a kamikaze, enable frozen strings for the whole project and prepare yourself for some serious bug hunting. So, to enable string immutability for a project add the following flag when running your app.

One way or another, it’s quite probable that you will encounter some bugs. Mainly because you’re relying in 3rd party gems that are not prepared for immutable strings. Ruby ecosystem will need some time to adapt to this new feature, once most popular gems start to adapt frozen string literals the transition will be smoother.

The “problematic” line is str.gsub!('c', 'b') as gsub! will mutate the string ‘abcde’ to convert it into ‘abbde’, this will run successfully with current Rubies. Then if you opt-in for immutable strings enabling frozen string literal flag, will throw an error like the one below.

Finding where the frozen string was created on a small example is straightforward, but what if we’re on a large codebase trying to modify a string that has been passed around between several methods distributed on multiple files? Finding the original string can be cumbersome. That’s why the location of the string literal creation is added to the error message, helping you to find where the issue is.

Since we wrote this post --enable-frozen-string-literal-debug has been renamed and its behavior has changed. First, we had to enabled it to know where string literals were being created. On Feature #11725 implementation, the original flag was renamed to --debug-frozen-string-literal. Furthermore, if we try to mutate a statically created string literal, the error message will show by default where the string was created. Finally, the renamed flag is only required to trace dynamic (interpolated) string literals.

As this feature is currently under development, it may suffer some changes prior to Ruby 2.3 release.

So if you’re planning to upgrade your project to frozen strings keep this behavior in mind and check for existent comparisons.

A piece of code is thread-safe if it only manipulates shared data structures in a manner that guarantees safe execution by multiple threads at the same time.

When dealing with objects we have two basic operations: read and write. Concurrent reading is inherently thread safe, as we’re not changing the state of the object we’re reading. On the other hand we have write operations, in this case the object state change thus it must be synchronized. When an object state can change at any moment, we need to synchronize both operations. This happens because writing on the wrong moment can lead objects to be on an invalid state and reading can get us an invalid state. You can read more on the subject on Readers-writer lock.

With all this in mind, we can say that string literals (and immutable objects in general) are thread safe. Its state can’t change as we can’t change its value and if we try to, an error will be thrown.

But (there’s always a but) bear in mind that string literals are thread safe, not its references!

In this case we could think: account.type is a string literal so it can’t change. But, the problem here is that @type is actually a reference to a string literal, is not a literal itself as we could expect. So we should take usual precautions when working with the Account class. Let’s see the following snippet. In order to have an example as simple as possible, we are going to use the following poorly designed multi-threaded script.

Despite it’s highly unlike that could happen, it could happen. Nothing blocks the second thread from changing account.type between the comparisons made on the first one, resulting in an erroneous behavior, as no block in the if is run.

In this last section we’re going to run a series of benchmarks to see how strings immutability impacts on object allocation, garbage collection and performance. Let’s take the following snippet as the starting point for the benchmarks.

It’s a simple loop, that creates a million ‘a’. In theory without immutable strings it will create a million objects, one for each ‘a’ and when we switch to immutable strings it should create only one. We can’t expect to have exactly one or one million objects created, as when we measure we’re changing the subject under observation. The loop and benchmark classes will create they own objects impacting on the total object count, but as we’re introducing this deviation in all scenarios the analysis will be stable.

The frozen string version differs only by one object (the extra ‘a’) meanwhile without frozen strings an extra million objects are being created.

Triggering garbage collection before running the loop will create a stable and clean scenario as garbage amount will me minimum.

After running the script with both mutability variants, this is the formatted output:

Numbers speaks for themselves, creating less objects takes out a lot of stress from the GC. In the next section let’s take a look how this impacts on performance.

On the table below you can find the results obtained from running the benchmark without and with frozen literals respectively.

As you can see running the benchmark with frozen string literal result in a speed improvement of 37%. The main responsible for this is what we saw on the previous benchmarks: allocated objects. When we allocate less objects, a smaller amount of objects will be deallocated by the GC resulting in fewer GC runs.

This only demonstrates that when the interpreter works with repetitive immutable strings it will create less objects thus the GC will have less work to do. We can’t conclude anything valuable for web applications from this.

Comparing two string literals with equal? has a subtle change that can lead to some hard to find bugs. With immutable strings 'a'.equal? 'a' == true.

In some scenarios thread safety comes for free but remember: string literals are thread safe, not its references.

Ruby 2.3 overall performance seems to be improved out of the box and frozen literals adds an extra punch of speed. Ruby ecosystem isn’t ready yet to measure how string immutability will affect overall performance, currently we can see two possible areas where this can have certain impact:

In those two areas, there are many duplicated strings, what would happen when we have 100,000 users users using our site, triggering templates rendering and database queries?

Being this the first step into immutable objects in Ruby, this could be seen as a small change but it could serve as the foundation of a greater one.

UPDATE #1: Tahnks Brandon Zylstra for pointing out that --enable-frozen-string-literal-debug is now enabled by default. We updated the article to reflect that.