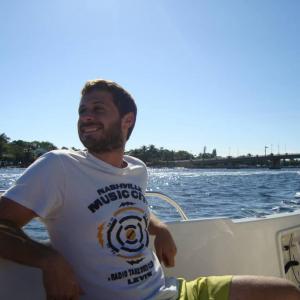 As you already may know by now, Ember controllers are singleton, this can be handy under some circumstances for example for keeping global state, but by now, most of the Ember community is moving forward to other solutions (like Ember.Component and Ember.Service) to avoid certain problems that arise due to their singleton condition.

In the beginning of times, when Ember was younger, the typical thing to do while developing your application was to use controllers. With the arise of components, the community started to see the benefits from using components and soon realized that it would be better to get rid of controllers and only use components in their place.

As of versions 2.x, the community is moving to routable components (you can check the RFC and watch this video). This is great, but what can developers with older versions of ember can do at the moment to avoid the singleton nature of controllers?

Option 1 - Components all the way

One way to start preparing yourself for version 2.0 is to keep your controllers as slim as possible. This means:

As you can see, the main idea is to avoid the controller definition completely (just use Ember’s default one) and instantiate a component with all the necessary data to be used. In case you have actions, it would be advisable to implement that behavior on the route. This template - component pair will evolve into a routable component when the feature is available.

This is great! but what happens with legacy code with LOTS of behavior implemented in controllers? You can either try this approach which might be a bit painful or try option 2.

We are trying to make our controllers reset when we transition from route to route, so lets do exactly that:

This works, but what happens if we have several controllers with this issue? No problem, we can create a mixin for that:

And then we can:

Awesome, we made it! but wouldn’t it be great to have this behavior working by default automatically on every route whose controller responds to reset?

We can create an initializer which includes our mixin by default on all routes.

We need to modify our mixin a bit to take into account controllers which doesn’t implement reset:

Voilà! Now we are ready!

Thanks for reading, stay tuned for more interesting posts.