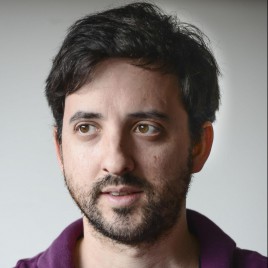 rails-api is a plugin developed by Yehuda Katz, José Valim, Carlos Antonio da Silva and me (Santiago Pastorino) which modifies Rails applications trimming down usually unneeded Rails functionalities for API applications. Do you remember we added support for this on core and it was reverted?. This plugin enables that again.

What is an API app?

Traditionally, when people said that they used Rails as an “API”, they meant providing a programmatically accessible API alongside their web application. For example, GitHub provides an API that you can use from your own API clients.

Why using this instead of Rails?

Because you don’t need the entire Rails middleware stack. Specifically you won’t need middleware that are meant for browser applications. For example you probably won’t need cookies support, but you can add that back if you want. You don’t need most of the functionality provided by ActionController::Base like template generation for instance. And you won’t need generated views, helpers and assets. The plugin also skips the asset pipelining.

For existing Rails applications you need …

Install the gem if you haven’t already:

And that’s it, when you use the generators by default controllers will respond to json only.

An api application comes with the following middlewares by default.

Other plugins, including ActiveRecord, may add additional middlewares. In general, these middlewares are agnostic to the type of app you are building, and make sense in an API-only Rails application.

You can get a list of all middlewares in your application via:

Rails ships with a number of other middlewares that you might want to use in an API app, especially if one of your API clients is the browser:

Any of these middlewares can be added via:

If you don’t want to use a middleware that is included by default in the api middleware set, you can remove it using config.middleware.delete:

Keep in mind that removing these features may remove support for certain features in ActionController.

An api application (using ActionController::API) comes with the following controller modules by default:

Other plugins may add additional modules. You can get a list of all modules included into ActionController::API in the rails console:

All Action Controller modules know about their dependent modules, so you can feel free to include any modules into your controllers, and all dependencies will be included and set up as well.

The best place to add a module is in your ApplicationController. You can also add modules to individual controllers.

How can I help?

Go to the project url https://github.com/rails-api/rails-api and report issues, test it in real apps and provide bug fixes. We have been measuring the plugin against some applications and we will post more about the results later. Meanwhile, if you can test it and share the improvements you found in your apps, would be awesome. To be able to add this functionality to core we need the plugin to show significant performance improvements for real API applications, so it’s important to let us know about your results.

<3 <3 <3 Find me at RailsConf. Tenderlove and I are giving out hugs for free!

Update #1: Wycats, after working with us is known as wygatos (go figure why :P), is also adhering to the campaign of giving hugs for free.